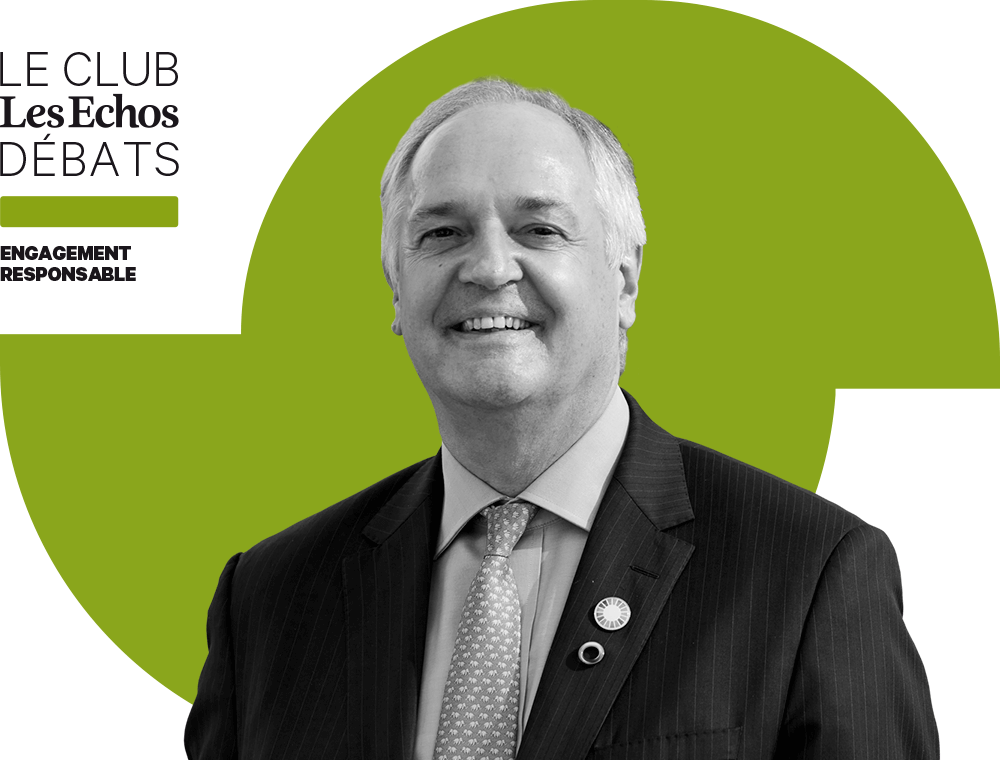 For its inauguration on January 30, 2020, Le Club Les Echos – Engagement Responsable welcomed Paul Polman, Co-Founder and Chair of Imagine and member of the Advisory Board of INSEAD’s Hoffmann Global Institute for Business and Society. The Hoffmann Institute, a partner of the new Club Le Echos together with Oliver Wyman and Favart, is spearheading INSEAD’s efforts in aligning the school with the UN Sustainable Development Goals, to promote a model of business education aligned with its vision of business as a force for good. During his visit to Les Echos, Polman, interviewed by David Barroux, was asked about his professional journey, and his thoughts on business, sustainability and purpose.

Purpose and Prosperity in Business

Recalling a rich professional background with big names like P&G, Nestle and Unilever, Polman noticed one of their distinguishing factors to be their resilience in the long run. “These companies are built to last, which is a very exceptional thing,” he said. Pointing out that most publicly traded companies nowadays last 17 years on average, P&G, Nestle and Unilever were founded on a multi-stakeholder, long-term model, which meant businesses were not established solely for profit, but also to address and resolve societal issues.
Citing an example of Unilever’s beginning and commitment to all its stakeholders, Polman mentioned that Lever ensured accommodation and housing for his workers before envisioning  factory operations. Unfortunately, this way of doing business changed in the 1980s and 1990s, with shareholders taking priority and prosperity being solely associated with profits. With the onset of the financial crisis, this only grew ber and became the norm for conducting business, which in turn undermined economic systems.
In order to hit short-term goals, companies tend to make wrong decisions which act against them in the long-term. When Polman joined Unilever, the company was underperforming for these very reasons. But with change in focus, investments in staff training, and launch of new brands, Unilever turned things around. Highlighting the need to invest back into the company and its people to thrive in the long-run, he added that one can, “run for five or 10 years if you're lucky on a profit oriented strategy, but if you don't grow, it doesn't work. You cannot save your way to prosperity.”

The Role of CEOs in Driving Change

In line with the belief that businesses should play an active role in helping overcome society’s challenges, what can today’s leadership do to drive that change? Given that climate change is a colossal problem, managements need to do their research and explore alternative methods to adjust their impact in the value chain.
Revealing that natural solar or wind energy is cheaper than fossil in 70% of the countries in the world, Polman stressed the importance of being aware of the data, in order for companies to know how to internalise their carbon exposure and risks. In fact, various initiatives are being introduced through collaborations across industries, such as electric vehicle coalitions, new ways to measure carbon risks, renewable energy and several new tools to aid companies in their attempts to become more sustainable.
The other way business leaders can drive transformative change is by paying attention to the changing employee landscape. For example, more than ever, millennials seek high engagement, increased purpose and want to work for organisations that thrive to broader goals than profits. For Polman, “Any CEO that is not sleeping at the wheel would pick up these signs, and would want to change their model.”

Collaborations for a Sustainable Future